Should You Pay for Leads to Expand Your Customer List? 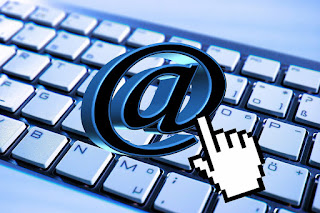 The common thinking among many Internet marketers is that you shouldn’t really buy email lists because the people on that list don’t know you. After all, you don’t know for sure they are open to what you are selling. They may mark you as spam and get you banned from email services. All those things are true, in general, but there are certain lists that absolutely are worthwhile to buy. So don’t dismiss buying leads altogether, because there is a right way and wrong way to go about it. You just have to be very careful about how you proceed because there are risks.

You should only buy leads if there is a high probability that they are going to convert. What you don’t want is a list of people that you essentially are going to be cold-calling — via email — because that’s going to be low-converting. Obviously, the best leads — and the optimal way to reach people — focus primarily on customers who have interacted with you at some point or another, either through your squeeze page or your sales page or your YouTube videos or on social media or what have you. Those people have already opted-in, so they have in effect given you an implicit permission to contact them. As a result, they are going to be far more likely to open you email and, more importantly, to act on your call to action. This is a very important point because if people haven’t opted-in to receive your emails, it can be very dangerous for you.

How Much Should You Pay?


Now, you see a lot of companies out there that will sell you thousands of email addresses for $99 and the like. You may be wondering if these are a good option. It’s a good idea to proceed with caution. If you have done business with the company in the past or the company has been recommended to you by somebody that you trust, then it may be a good idea to consider buying a list from them and trying them out. Beware of making large scale purchases from companies that you aren’t familiar with because there are a lot of scammers out there on the Web who would be happy to take your money and sell you a list that is filled with either dead addresses or emails they have scraped from other places that aren’t going to do you a lot of good.

Buying lists can be a big expense, so what you need to consider is the value that you are getting for your money. It can be a financial burden and there also are other risks involved. For example, you can seriously harm your reputation if you buy the wrong list, because when you buy a list and contact people who never heard of you before, they can send it to their spam folder. Whenever they do this, it sends a notification to the email service. If it happens often enough, it can lower your sender score, which can affect your domain’s ability to send emails through that email service in the future — even if they are legitimate emails to people who have asked you to contact them. Also, if you are marked as spam often enough, every time you send out an email from your website, it may be automatically diverted to the recipient’s spam folder, so they are never going to see it. And that’s a total waste of time and money.


If enough people mark your unsolicited emails as spam, you will eventually get banned on some of the biggest email providers, such as Yahoo and Gmail. If that happens, you are going to have to shut down your website and start over with a new one. That’s not going to put you out of business, but it will delay your efforts to get your business up and running. Plus there will be the additional expense of buying new domains, setting up new pages, re-establishing your autoresponder, not to mention the opportunity costs associated with being offline. Monitoring the social media marketing landscape is vital to your success. If you’d like to have access to even more powerful marketing tips, as well as a way to generate conversion-ready Internet marketing prospects each month, click here to learn about a done-for-you system.
Posted by George C McGillivray at 16:47 No comments: